The documentary captures the essence of Florida wildlife in six minutes: from needs for wildlife connectivity and land conservation to endurance in an uplifting story of hope and coexistence. 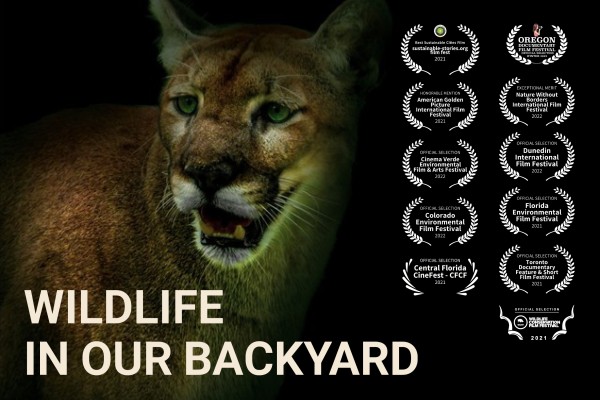 Naples, Florida, 7th Feb 2022, ZEXPRWIRE, Last year the Florida Wildlife Federation, in partnership with the fStop Foundation, set up cameras in neighborhoods throughout Florida that have been recording wildlife footage for the past 12 months. With a combination of video and still photography captured by these backyard cameras, as well as footage recorded by drones and provided by state agencies, the Federation produced its ﬁrst original ﬁlm, “Wildlife in Our Backyard.”

The documentary was created as part of the “Share the Landscape” project, a Florida Wildlife Federation initiative to help educate the public about potential solutions to the conﬂict between development and conservation, spearheaded by Meredith Budd, Regional Policy Director.

“Since 1936, the Florida Wildlife Federation has been a leader in advocating for policies that protect Florida wildlife and habitats, and advance coexistence, but it’s the ﬁrst time in 85 years that we have launched a project like this,” said Budd. “It’s important for us to inform younger generations as well as our long-time supporters about the realities facing wildlife in our ever-changing state,” she added.

Land development in Florida erodes and fragments wildlife habitats and disrupts migration corridors. This leads to population collapse and genetic isolation. With this initiative, the Federation intends to raise public awareness, educate Florida residents on the beneﬁts of coexistence, as well as provide guidance on land development, land sharing, and land uses.

Vehicle collisions are the leading cause of reported deaths for the Florida panther. “Wildlife in Our Backyard” shows how roads bisecting panther habitats pose a signiﬁcant risk to the endangered species and how humans can help these panthers thrive among growing development.

“In terms of rare species, Florida is the hot spot within the eastern United States, and that diversity makes our state unique,” said Preston Robertson, President and CEO of the Florida Wildlife Federation. “We are suﬀering the highest rate of habitat loss because we have the highest rate of human population growth within the region. Failing to recognize the importance of coexistence compromises wildlife’s future, and I would argue our future as well.”

The short ﬁlm is just one of many by “Share the Landscape.” Starting at the beginning of February, a social media campaign will kickstart the project, culminating with the online premiere of “Wildlife in Our Backyard” on Save the Florida Panther Day, the 19th of March, 2022. Follow #sharethelandscape on Instagram at @FlWildFed and join the premiere on YouTube.

About the Florida Wildlife Federation

Florida Wildlife Federation’s mission is to conserve Florida’s wildlife, habitats, and natural resources through education, advocacy, and science-based stewardship. We believe that we must protect, restore, and connect our remaining wildlife habitats in a rapidly developing state and address ongoing climate change. Moreover, we must safeguard water quality and quantity as clean water is critically important to both humans and wildlife.

The post Wildlife in Our Backyard – the First Film by the Florida Wildlife Federation, Premieres on Save the Florida Panther Day. appeared first on Zex PR Wire.

IndianaDoge – A new adventure on the blockchain

The 33rd China Golden Rooster Awards Conference was successfully held, and the posters and nominations were announced