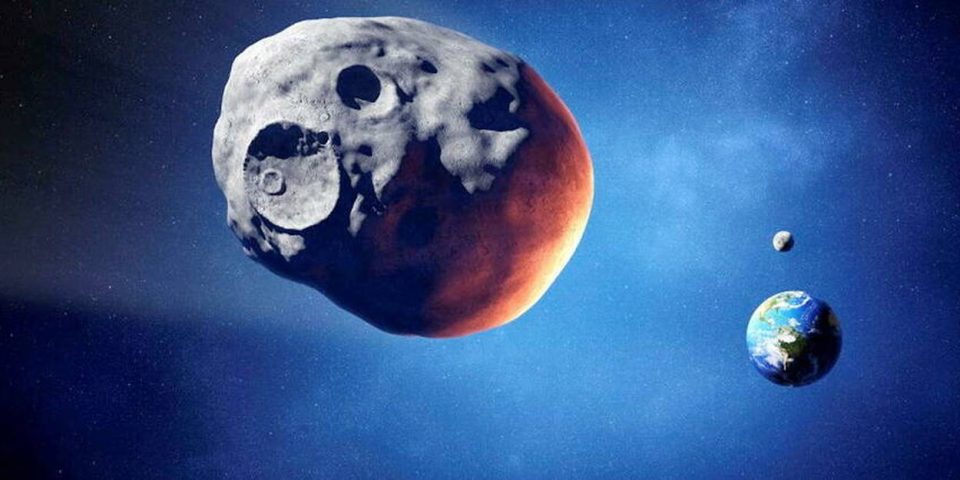 Awith its 1.8 km diameter, more than five times the height of the Eiffel Tower, the asteroid (7335) 1989 JA is the largest of the small bodies of the solar system to come close to us in this year 2022. Discovered on the 1ster may 1989 by the American astronomer Eleanor Francis Helin from the Palomar Observatory in San Diego County, California, it will pass this Friday, May 27 at 16:26 (Paris time) about 4 million kilometers from our planet. That’s about ten times the distance that separates the Earth from the Moon. Which may seem huge, but is only a hair on a cosmic scale!

TO READ ALSOHeading for asteroids

For Nasa, this imposing asteroid is one of the “potentially dangerous objects”, because its orbit and that of our planet are approaching at least 7,500,000 kilometers away. Despite this somewhat anxious name, (7335) 1989 JA does not present, to date, an identified risk of collision with the Earth. Neither for this time nor during his next visit to our neighborhood scheduled for June 23, 2055. “Moreover, we have not yet identified any risk of collision with any known body for the coming century,” says au Point Patrick Michel, astrophysicist at the Observatoire de la Côte d’Azur and world-renowned expert on asteroids.

An opportunity for observation

For scientists, the visit of this body is rather good news, because they will have the opportunity to observe it more closely. “At this distance, we can make radar images such as to allow us to develop a model of the shape of this asteroid,” explains the scientific manager of the European Hera mission, which, together with the American Dart mission, will soon make it possible to carry out and document the first test of deviation of an asteroid. Just to prepare for a future planetary threat from outer space! “Thanks to this, we will also have the opportunity to refine the trajectory of (7335) 1989 JA,” adds Patrick Michel. What better way to predict whether this asteroid may, or may not, present a risk in the distant future…

In the meantime, if you want to observe it for yourself, you will have to take a telescope of at least 20 centimeters and point it in the direction of the constellation Hydra in search of a celestial object resembling a star, but moving much faster since it will spin through the sky at 48,000 km /h. Seventeen times faster than a rifle bullet. If you do not have the necessary equipment, the website of the Virtual Telescope Project will broadcast live its observations conducted from Chile and Australia.

All Day Liquor delivers Hennessy and many other favorite liquors

The amazing soundtrack of a record earthquake recorded on Mars