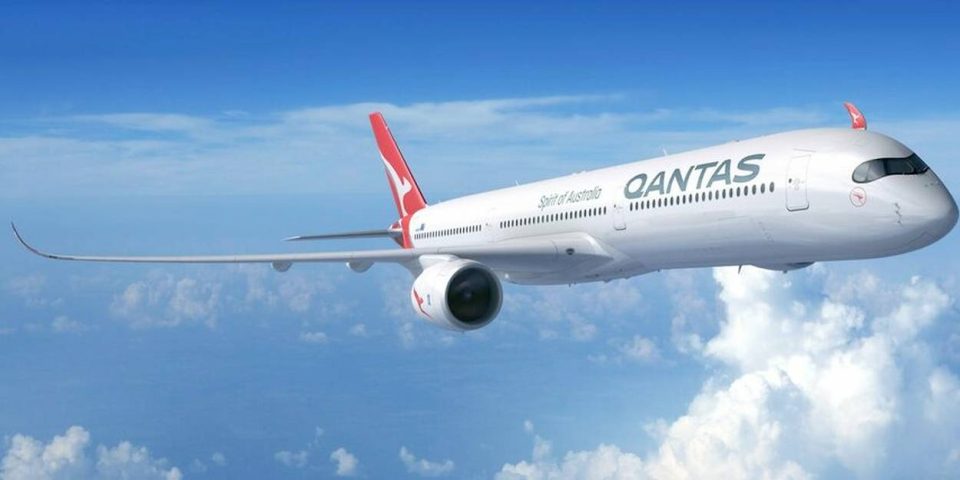 En 1872, Jules Verne planned 80 days for a round-the-world trip. In 2017, Francis Joyon finished sailing in 40 days. In 2025, the Airbus A350-1000 will be able to complete a Sydney-London-Sydney flight in 40 hours. The new version of the European ultra long-haul is designed to fly half a round the world non-stop. On the mythical kangaroo route, the Australian national carrier Qantas has scheduled for 2025 – with two years of delay related to Covid – non-stop commercial flights Sydney-London (17,750 kilometers) in 19 hours and 20 minutes and a little less on the return London-Sydney with the prevailing winds blowing from west to east. The plane, which will make a short stopover in Britain, will therefore have flown 40 hours.

The recent order placed with Airbus has 12 A350-1000s as part of the “Sunrise” project (in pursuit of sunrise), which augurs the opening of other very long flights, such as Sydney-New York (15,988 kilometers, but also services to Paris, Frankfurt, Chicago, etc. The time saving compared to flights with stopovers is at least four hours, not to mention less fatigue due to a depressurization related to landing followed by a new pressurization after takeoff as well as avoided.

For Australia, this is a real challenge that is similar, in all proportions, to our national desire to open up. Citizens of the state want to be able to reach any world metropolis without being forced to undergo a long correspondence in Asia or elsewhere. According to Qantas boss Alan Joyce, the A350 and the Sunrise project “will allow any city to be just one flight away from Australia. This is the last frontier and the last solution to the tyranny of distance”.

Such a challenge, which is writing a new page in the history of aviation, requires freedom from constraints that have not always been envisaged by international aviation regulations. They are technical, social and commercial.

Airbus, which was competing with Boeing on this Sunrise project, had already fulfilled a large part of the technical contract by making the A350-900 ULR (ultra long range, with increased range), planned to connect Singapore to New York (15,323 kilometers) with Singapore Airlines. The A350-1000 from Qantas, the big brother, a little longer with the same Rolls-Royce engines, is equipped with an additional central fuselage tank (and not in the wings) of 20,000 liters, bringing its range to 18,0000 kilometers.

Its cabin, which could accommodate 366 passengers, is not densified, on the contrary. The six passengers of the first have a bed, but also a recliner and a wardrobe. 52 armchairs-beds will be provided in business class, 40 seats in Premium and 140 in Economy (seats spaced by 84 cm against 79 cm usually). With only 238 seats in total, relaxation areas could be arranged here and there in the cabin. Boeing, entangled in the certification problems of the B777X and in the construction defects of the B787, did not have a credible Sunrise offer.

TO READ ALSOAir travel: (almost) all roads lead to America

Few details were given on the social aspect of these very long flights regarding the composition of the crews, rest times in flight and at the stopover, salaries, etc. The Australian and International Pilots Association, which represents Qantas pilots, had requested a “long-term scientific study” to find out if the pilots received the necessary rest during such flights. To quantify these parameters, pilots during test flights wore an EEG (electroencephalogram recorder) analyzing the rhythms of brain waves and controlling alertness, the purpose of which was to reveal data aimed at optimizing their activity and rest cycles during long-haul flights. An agreement with the unions was reached by Qantas.

The success of Sunrise is linked to the reactions of passengers. These were tested during experimental flights. Qantas which already operates a regular Perth-London of 14,498 kilometers in 17 hours, a route that is the most profitable with, as Alan Joyce has specified, the highest customer satisfaction rate. To deepen, Qantas used for three months three deliveries of new B787-9 aircraft. Instead of flying empty to Seattle, the Boeing site where they are assembled, in Sydney, the aircraft took the future Sunrise routes through New York or London and make a non-stop to Australia. No paying passenger on board, but about forty “guinea pigs”, mostly Qantas employees, who experienced the conditions of these flights. The methodology is close to that of space research! It is conducted in partnership with the Charles Perkins Centre at the University of Sydney and Monash University, in collaboration with the Australian Vigilance, safety and Productivity Research Centre.

Each passenger was equipped with portable recording medical devices and participates in specific experiments at different times during the nineteen-hour flight. “Scientists and medical experts from the Charles Perkins Center will monitor sleep, diet, physical movements and the effects of lighting and entertainment on board to assess the impact on health, well-being and biological clock,” Qantas said. Monash University researchers will work with airmen to record crew melanin levels, an indicator of “well-being,” before, during and after flights.

No flight under the French flag

Do these long flights concern French airlines? The record for the longest commercial flight has been held since May 15, 2020 by the French bee company connecting Papeete to Paris (without the usual stopover in San Francisco), over 16,129 kilometers, in 16 hours and 45 minutes by Airbus A350-900. Air Tahiti Nui with a B787 Dreamliner had made a comparable flight two months earlier. But these exceptional connections were made with very few repatriated passengers during the pandemic. Air France, which operates the same route with a stopover in Los Angeles, is not interested in the only service of its network justifying a very long flight Because the clientele coming or going to Polynesia is not numerous enough to finance such a service compared to the flows from London-Sydney, for example. Economic equilibrium is possible only with the contribution of passengers interested in the stopover in California.

It is mainly Asian airlines (Singapore Airlines, Cathay Pacific) or Indian airlines that are interested in very long non-stop flights, especially over the Pacific.

Total eclipse: a red moon visible on the night from Sunday to Monday