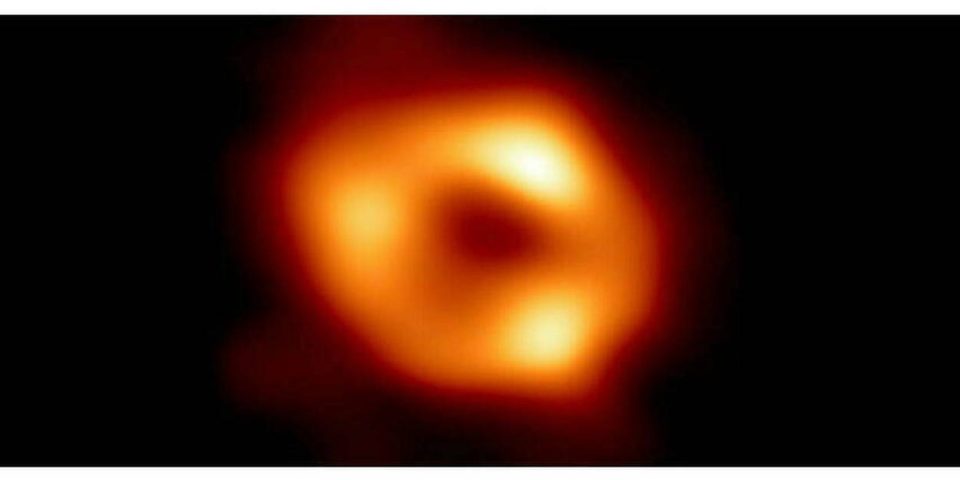 It’is a historic result! Three years after publishing the very first image of a supermassive black hole, the one located at the heart of the Galaxy Messier 87 (M87*) in the constellation Virgo, the scientific collaboration of the Event Horizon Telescope – which counts no less than 300 researchers from 80 institutes around the world – has just unveiled the very first image of Sagittarius A* (Sgr A*), the colossal star that hides about 27,000 light-years from Earth in the center of our Milky Way. A unique shot that shows that it is indeed, as assumed, a black hole four million times more massive than our sun. A celestial object so compact that the intense gravitational attraction it exerts prevents even light from escaping from it.

But then how was it possible to photograph it? Although the black hole itself is invisible, the incandescent gas that it sucks in and wraps around it until it rushes into it reveals it in negative in the form of a dark central region surrounded by a shiny ring-shaped structure. To make this exceptional shot, the astronomers used eight radio telescopes existing across the planet, in a network, as if they were one and the same observatory: the Event Horizon Telescope (EHT). As for the necessary observations, they took place over several nights for several hours, like a photographer using a long break time to take a shot in the penumbra. It must be said that the task was much more complicated than for the black hole of Messier 87. Since Sagittarius A* is much closer (27,000 light-years compared to 53 million) but also much smaller (4 million solar mass compared to 6.5 billion), the gas circulates around it so quickly that its appearance changes almost constantly. Now, as any amateur photographer knows, it is difficult to get a sharp photo of a moving object.

The accomplished feat, what does this historical snapshot tell us? The most striking thing is that it looks an awful lot like the one from M87*. Which may sound disappointing but is, in fact, great news. First of all because it confirms that we really hold the image of two black holes. Secondly, because these two stars are extremely different in size and are located, moreover, at the heart of two galaxies of two very distinct types: an elliptical supergiant galaxy, Messier 87, and a barred spiral galaxy, the Milky Way. Their similarity despite these differences indicates that general relativity governs these objects well.

As for the size of the ring that encircles the black hole of our Milky Way, it also perfectly corresponds to the predictions of Einstein’s theory. Eventually, the comparison of the two images with the current black hole models will make it possible to correct them and thus refine our understanding of the physics of these oh-so-mysterious stars, which scientists believe play a key role in the formation and evolution of galaxies.

EELV or how to discredit French political ecology