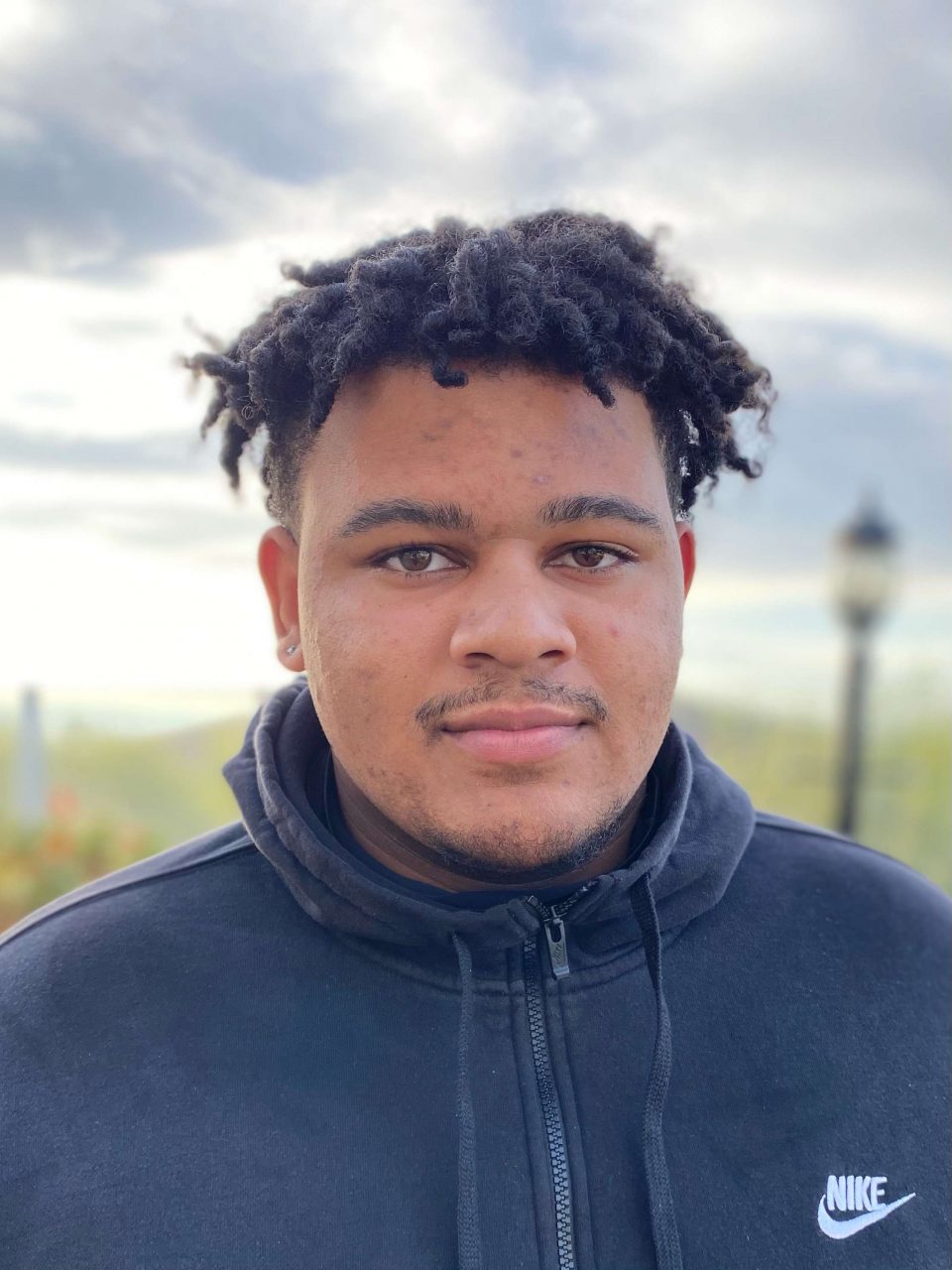 Jordan Langhorne has created many businesses within the sports card and autograph industry. Seeing everything that Mr. Langhorne has accomplished at only 18 years old is a real inspiration.

While Jordan Langhorne has multiple businesses, his first business is called Autographs 247. Autographs 247 originally began as a Facebook group, and from there, it transformed into a memorability service and business.

Today, Autographs 247 is one of the leading brands within the memorabilia industry. This business offers authentication services to collectors all around the world.

Autographs 247 teamed up with PSA/DNA to create a service that will allow their clients the opportunity to mail in their signed collectibles so that PSA could authenticate them. Since these services started, Jordan Langhorne’s business has gained thousands of new customers.

This is not all Autographs 24/7 covers, though – they also buy and sell different types of memorabilia.

Customers from around the world mail in their cards to Bay Area Sportscards to have them graded.

Mr. Langhorne did a great job of covering what is probably one of the most challenging jobs in this market. He has transformed himself into a sportscard investor and seller that brings a six-figure a month income from graded sports cards. 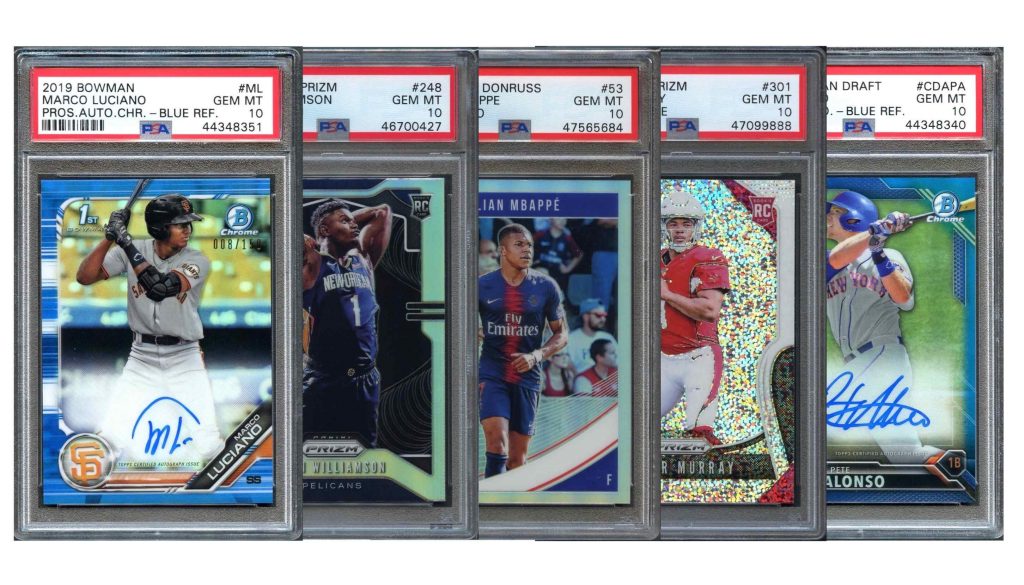 Apart from these two companies, Jordan has also created a couple of Facebook groups. Members can join these groups and take part in buying and selling their own sports cards they have.

Just look at everything Jordan has under his belt: Panini Prizm Sportscards, Bowman Chrome Baseball Cards, Panini Sportscards, Autographs 247, Jordan’s PSA Submissions, and Soccer/Futbol Cards. Across all of those groups that Jordan has accumulated, he has close to 100,000 members.

Apart from all of the above, Jordan also runs a Patreon. Individuals can join Jordan’s Patreon for $10 a month. As a member, you will receive daily tips on making money from sportscards and so much more. Jordan will also provide specific sportscards that members should be purchasing. Jordan has many followers who take his tips and run with them as they learn to make money from sportscards independently.

It is fantastic looking at everything Jordan had accomplished when he was only 18 years old – he is one of the top entrepreneurs at his age. Someone with a talent like Jordan’s is not going to stop there (even if he is already a millionaire) – he is going to keep going.

Jordan Langhorne has become one of the most successful businessmen within his industry in sports cards. He has also joined the top selection of 18-year-old entrepreneurs. Jordan went from having a couple of hundred dollars in his account in 2018-19 to become a six-figure sports card investor. Jordan has been working very hard during the pandemic and has been selling graded sports cards, some for thousands of dollars per card. He has

been clocking in over $130,000 every 90 days via his Business Instagram. He has shown some of his investment flips and is very impressive. On one of his most recent posts, he lets us in on one of his many investment flips, a Ja Morant Blue Prizm card he flipped for 113% in a little over a month.

One of Jordan Langhorne’s most recently created Facebook groups hit  25,000 group members! He celebrates this moment by sharing the news with the group members and showing his appreciation. “A little late but just wanted to thank all of you guys for being apart of the group. We just hit 25,000 members, and I am very proud of how far this group has come in just over a year of being created! I’m also very thankful that all of you guys are

able to use this platform to fuel the hobby, investments, and market we all love”. This is huge for the sports card industry as this is the biggest platform on Facebook to buy, sell and trade you Panini Prizm sports cards. An even more significant accomplishment is that this group was created in November 2019 and achieved this in just over a year. The sportscard market has been having record after record-breaking news, and this is another big win for one of the hottest industries in the world right now.

How to Make Money with Sports Cards?

The brand of the card is EVERYTHING. You need to search for cards that are produced by Panini and Topps, these are the two leading sports card brands. Within these brands, there are also hundreds of products, such as Panini Prizm, and Topps Bowman Chrome.

At the point when a card is GRADED, it shows a precise portrayal of the state of a card. At the point when PSA rates their cards a “10”, that implies that it is in wonderful condition. On the other hand, the grade of a “9” also shows great condition and is held at a slight premium as well. When you will purchase an evaluated card, just purchase PSA 10 or 9 of modern players, as they have the most superb possibility of expanding in worth, BUT just on the off chance that you are purchasing a player that will be helpful in the major alliances.

The benefit of sports cards

There is also an obvious truth that most sports cards’ size implies there were less raw materials needed to produce the finished item compared, let’s say, to toilet paper or tissues in the case of cotton or even a simple 8 x 11 sheet of bleached paper. This assumes operational costs for obtaining those raw items were less for the most part than that sam sheet of paper or roll of toilet paper YET compared to those items that often are disposed of rapidly or in need of recycling sports cards remain a fixed asset NOT to be disposed of and retaining value in the long run when collectors care for them…………………………………………………. not to

mention that sports cards (those without plastic) are in theory recyclable as well. Still, the truth is to collector memories and pass times often give it a value because let s face it       who remembers how much paper one used up,

put in the recycling bin or the truth of how much toilet tissue was used up and thrown away in the last year. Since a collector collects, he or she also prevents the need to produce the same item repeatedly. This is why there is a market for old sports cards and not paper.

higher return on investments than most financial assets in terms of percentages…who does not recognize there are many collectors out there and that if insurance companies are willing to insure your collectibles it is implied there is value to these items whereas finding an insurance company that would provide insurance for your toilet paper or paper purchased is very unlikely unless the home or warehouse it is stored it comes with it…diversifying your fixed assets and the reality of the stability of the values of the large majority of these sports card collectibles makes it an underestimated storage of value…that is turned into liquidity faster than real estate and other fixed assets…when a marketplace, such as local sports card dealers get accessibility to pretty much everyone in north American urban centers…as well as a heritage in time and value to future generations is a constant reality…as an investor one must realize the no maintenance fees associated with owning these items and the truth that while not everyone can afford to buy luxury items and no one has sold their home to buy a rare sports card there are several times sports card have been sold for vacations, down payments on real estate and luxury items though. So rather than focusing on the state of the economy, the purchasing power of the currency, or what one can leave future generations that will benefit them in the long run, why not solve all these worries by not only purchasing fine original works of art but also recognizable and easily storable sports cards.

Gphysco To Drop a Christmas Single