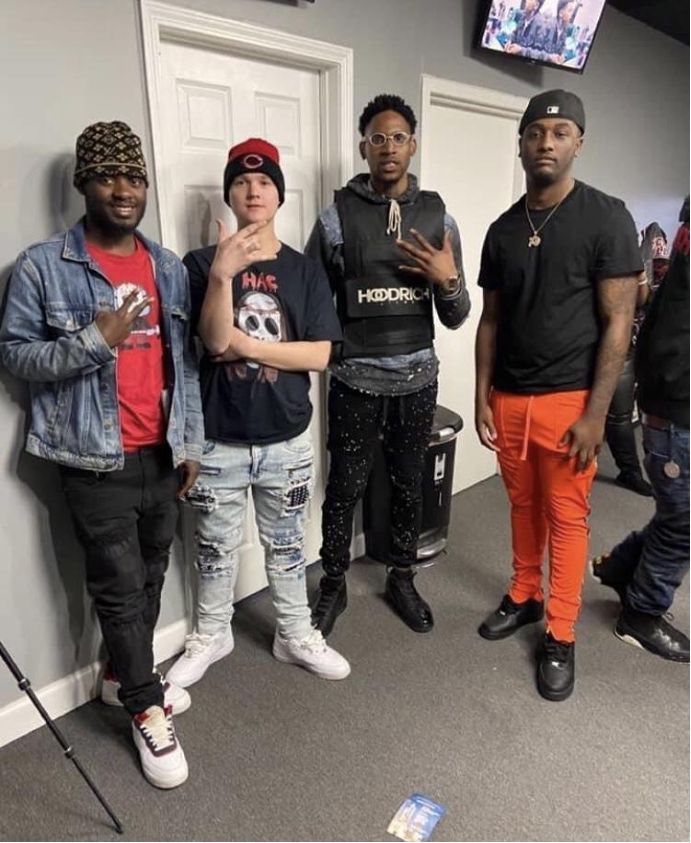 Rajiv is from Cameroon, but moved to America to the state of Maryland at the age of 9. Living in Rockville, Maryland opened up other opportunities for him musically. Music has always been a huge part of his life. His cousin is an artist and also produces music as well. Rajiv knew he was not as talented as an artist, but still wanted to be a part of that culture and lifestyle. At the age of 15 he moved to New Jersey and attended Lindenwold High School. After graduating he did not really know what he wanted to do with his life yet. So he joined the Marines. Joining the Marines was something he did because he had not really thought about another option and knew the military would be a great fall back choice regardless of the outcome. After an injury Rajiv had been honorably discharged. He then went to school to receive his certificate as a Pharmacy Tech. He could not find a job easily for this practice and soon again music fell right back into his life.

Rajiv’s friend started doing music reviews that gained a lot of attention, roughly 10,000-20,000 views per airing. He realized he could really do something for artists with a platform such as this. He had seen some major celebrities such as Roddy Rich, Stunna4Vegas, Jay Critch and many other artists and soon became their plug for shows and events. Rajiv realized his expertise could really help artists and start something big for himself as well. That’s when he met “realsquad” and they let Rajiv be a part of their team and family. They have been helping artists ever since.

WILL YOUR BANK BECOME A RISK? Financial Institutions Are Becoming Riskier And Seeing Additional Pressure On Their Bottom Lines