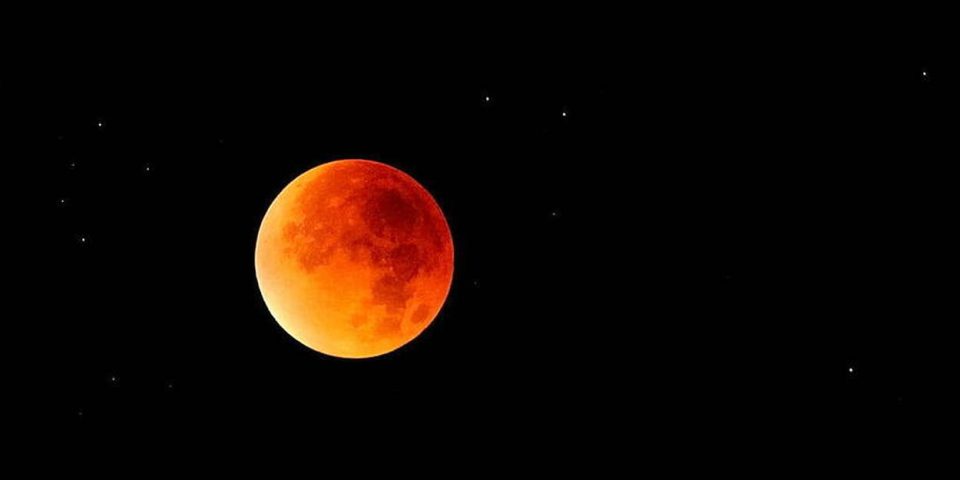 Usome Earthlings will be able to witness a total lunar eclipse on the night from Sunday to Monday, an infrequent celestial spectacle during which the night star loses its brightness and gradually turns red.

In metropolitan France, the eclipse will be total at the end of the night between 5:29 a.m. and 6:54 a.m., with a maximum at 6:11 a.m.: the lunar disk will then be completely red. Note that the moon will set during this phase of totality, at the same time as the sun will rise. It will therefore be all the easier to observe the phenomenon since we are in the west of the hexagon, where the sun rises later than in the east.

TO READ ALSOEurope is looking for candidates for the stars

A phenomenon visible twice a year

The eclipse will be visible from part of the American, European and African continents, between the rising and setting of the moon. This phenomenon occurs about twice a year, when the sun, the Earth and the moon are perfectly aligned, and the moon is in its full phase. The star slips into the shadow of the Earth, which then screens the sun’s rays, and gradually loses its white radiance.

But it does not die out: the Earth continues to send sunlight back to the moon, via rays that take on a red hue by a process of “refraction of the atmosphere”. “During an eclipse, it is only the Earth that can illuminate the moon via this re-emission of red rays,” explains Florent Deleflie, from the Paris Observatory-PSL, to Agence France-Presse. “It’s very intriguing to see a bright white moon take on a red and extinct hue over the minutes,” he adds.

The next eclipse scheduled for November 2022

Visible with binoculars as with the naked eye, the phenomenon can give spectacular photos if the weather conditions are good. The eclipse will last about five hours, and its totality phase – when the star is completely in the shadow of the Earth –, a little more than an hour. Observation from the West Indies or Guyana will be ideal, because the moon will be very high in the sky. The eclipse will also be visible in full in South America, Central America and over an eastern part of North America.

The moon will be very low in the sky, and to properly enjoy the eclipse, it will be necessary to choose a place where the horizon is clear to the west. The next total lunar eclipse is scheduled for November 2022, in the middle of the Pacific. In metropolitan France, the last one dates back to January 2019 and the next one will not take place until 2029. Lunar eclipses made it possible to show that the Earth was round from ancient times. On the surface of the lunar disk, the boundary between the shadow and the part illuminated by the sun is slightly curved: this is the projection of the rotundity of the Earth.

Vaccines: where is France in the world