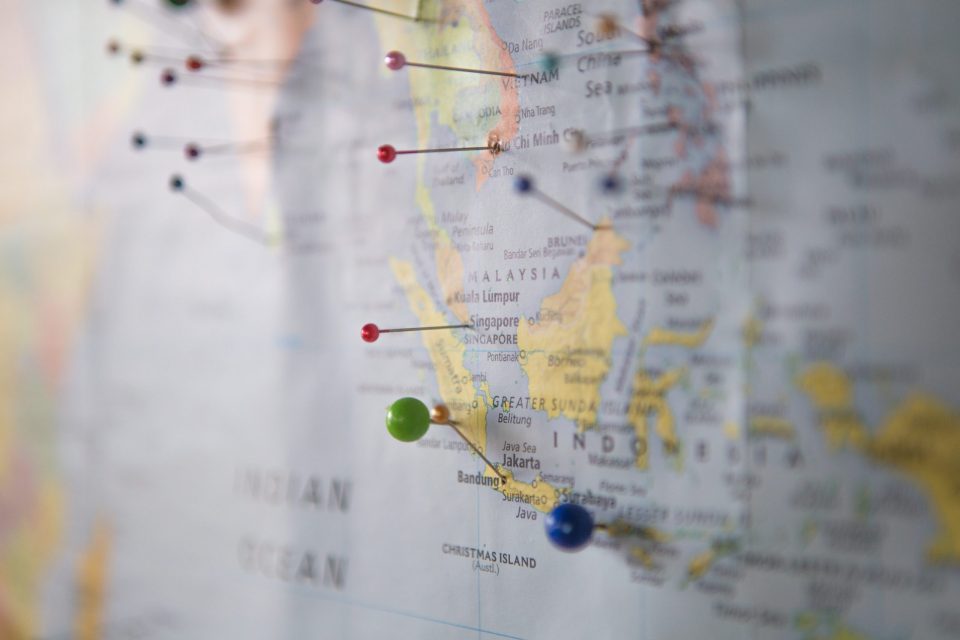 Abottle of red wine on the beach, a campervan, someone is playing “Wonderwall” by Oasis on the guitar – about this evening in New Zealand, Nick Martin says: “It was the turning point in my life.”

For turning points, it can be said in general: It takes a lot of courage to really change your life, and there are many reasons that speak against it. Is the new something for me? What do I have to expect? How much do I have to plan in advance? Is there enough money? What comes after

Martin also asked himself these questions in February 2010, before – one year after that evening in New Zealand – he first flew to Mexico with a one-way ticket and only returned from his trip around the world two years later. At the time, his curriculum vitae read exemplary (or, in his opinion, boring): grew up sheltered near Würzburg, specialist school, community service, then training as an IT system clerk, good salary, company car, his boss liked him.

Today, around ten years after he left, a few stations have been added: he was shot by a harpoon in Fiji, in Australia he worked as a bartender on a five million dollar yacht, in Las Vegas he performed a hen party as a stripper. And he founded the virtual “Travel Uni”, where people can study travel.

“I would never dare to do that”

Nick Martin’s stories, now 33 years old, polarize. Some think: “Pff, what a boast, I’ve seen it all three dozen times.” The others say, “Why should I quit my safe job to be shot by a harpoon?” And then there are those who are impressed who say, “I would never dare to do that.”

Nick Martin is targeting the last group. The Franke with the long blond hair and the permanent grin has now not only spent a total of eight years of his life traveling, but also found a way to turn this passion into money: as inspiration for doubters who are overwhelmed by the step into self-determined travel life.

Because – everyone should agree on this – who wants to go on a trip around the world needs money, courage, a lot of free time and a talent for self-organization. “And it is precisely these seemingly insurmountable factors that keep many from simply daring themselves,” says Martin. “I want to take away these fears, because in the end they are just excuses not to have to leave the comfort zone.”

His role in it? “I do nothing but tell people about my experiences so that the unknown no longer seems so unknown,” says Martin. “That they realize that I’m just a normal guy.”

This normal guy is now earning money from his travels – as many others have done before . He fills lecture halls with his motivational lectures, he has also written a book about his trip around the world, and he founded a virtual “university” in 2018 with his girlfriend Steffi Oeffner.

Your “Travel Uni” is a kind of travel planner that should help you organize your own world tour step by step. The backpacker market has become its own “travel university” for the world tour, yes, so big, commercial and maybe also overorganized, at least in parts. (Spoiler: Those who have already dared to travel alone will hardly find anything new on the “Travel Uni” website.)

Of course, the course is not recognized by the state. The terminology is nevertheless based on that of a university: in the bachelor’s program, students learn to acquire the right mindset (“It’s a journey to yourself”), save money, and get an overview of the things they are concerned with before Have to take care of the trip, for example vaccinations or inform the boss in good time. The tips are more of a to-do list and less expert knowledge: it should come as no surprise to people who already have their finances in mind that giving up coffee-to-go or signing up for a cheaper mobile phone contract saves a few euros.

The content of the master’s degree is somewhat more specific: seven modules deal with topics such as “digital nomadism”, “family travel” or “Van Life”. Oeffner and Martin consulted experts for this specialist information. In the “Traveling with Illness” module, people who travel with a chronic illness report. A single mother also tells of how she travels the world with her six-year-old son.

Most of the time, Oeffner and Martin are the tutors themselves. In video tutorials and testimonials, they provide tips that should help prospective travelers to complete their studies. The conclusion is then, as it were, the successfully completed trip. As a rough time frame, the standard period of study, so to speak, Oeffner and Martin recommend starting planning at least five months before departure.

It is striking that no classic travel tips can be found in the modules. “I hardly make recommendations for certain hostels or activities,” says Martin. “I always send people there so they can have their own experiences. My tips would not help because I was there at a different time, with other people, everyone experiences a place in their own way.”

Studying at the “Travel Uni” costs around 200 euros. Not very cheap, especially for a target group that is rather young and actually wants to learn to budget with money. 200 euros, of which you could eat in Thailand for three weeks. “At first I thought about offering all of this for free,” says Martin. “It’s a heart project.” But because of the prejudice that free offers were worth nothing, he and Oeffner decided to take money for the courses. Says Martin.

According to Martin, around 800 “students” have already completed the “Travel Uni”. A proud number, considering that it is basically an extended, fee-based – and without question well researched – blog.

Are the majority of the participants anxious, disorganized or shy? Do they all want to be like Nick Martin, for whom it is no problem to stand in front of a large crowd and tell anecdotes from his life? It shouldn’t be difficult for him to approach strangers and make new contacts in a hostel. Or are they people who find it difficult to decide on the destination and book the flight tickets? One does not find out on the Facebook channel of the “Travel Uni” , in the community area it is rather quiet to uneventful.

But the university founders are in an exchange with their students, they say: “A girl once wrote to me that she was totally afraid of traveling alone. She really wanted to go with a friend,” says Martin. “Then she went through university and has been traveling the world alone for a year now.”

They often received such or similar feedback. And thank you postcards. It is a nice feeling to have helped other people. “We take away the fear from people and try to show them a way how it can be done,” says Martin. “By sharing our know-how.”

That even goes as far as returning: In a separate master’s module, Martin and Oeffner report on the deep melancholy that they sometimes feel after their travels. Martin describes how he came home after his first trip around the world and was faced with a “reverse culture shock” for months, which he attributes to the inevitable endorphin deprivation in winter-cold Franconia. As an antidepressant for this phase, he suggests, among other things: writing down thoughts, distraction, planning the next trip, steer clear of Facebook or Instagram. It is questionable whether these tips require studying.