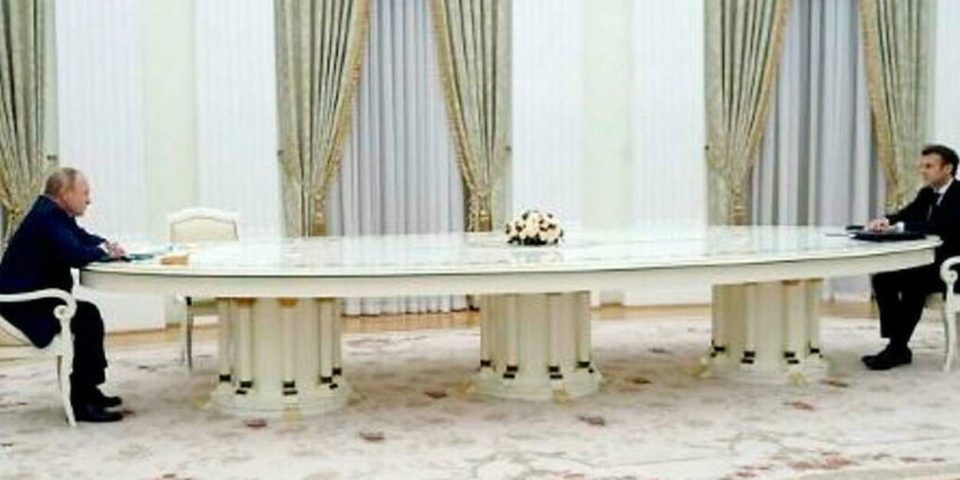 Da few months after the start of Russia’s invasion of Ukraine, the Internet seems to have been split in two. While a number of platforms and networks have banned accounts close to Russian power, Russia has restricted access to most non-Russian social networks. The Russians fell back on VK (equivalent to Facebook) and Telegram. The phenomenon of Balkanization of the Internet, also called splinternet, seems to have taken place; the Russian Internet seems to be out of access today. Still, Russia is not yet completely cut off from the world.

“From a technical point of view, it would not be too difficult for Russia to simply cut off the Internet beyond its borders: there are only about 12 connection points between its Internet network and the rest of the world,” says Kieron O’Hara, a lecturer-researcher at the British University of Southampton, and co-author of the book Four Internets: Data, Geopolitics, and the Governance of Cyberspace. However, he considers that, if Russia were to cut itself off from the world, the system would quickly collapse: “The Internet today is so interconnected that the operation of any site is based on data from all over the world. “In 2019, Russia announced that it had managed to completely isolate its Internet from the rest of the world for several hours without any problems with operation. “I obviously don’t know the details, but I’ve never come across anyone who believes this story,” the researcher notes.

TO READ ALSOWar in Ukraine: the fear of resistance without an Internet connection

This does not mean, however, that Russia will never be able to cut itself off from the world. Indeed, when Russia invaded Crimea in 2014, the Kremlin quickly realized that any arm’s length relationship with Europe or the United States could greatly harm it. The Internet is one of the areas in which the country is then trying to become as independent as possible. The development of all areas related to technology is strongly encouraged, from social networks to semiconductors. Government sites and payment methods are made national as much as possible. Information propagation networks are occupied by public authorities in order to be able to influence them. “If we add to this the fact that Russians generally speak only Russian, and nationalism is very strong in the country, it would not be very difficult to convince many Russians that a smaller and perhaps lower-quality Internet would be an acceptable price to pay to restore national pride,” says Kieron O’Hara.

This idea for a country to cut itself off from the rest of the Internet is not new. “In China, the separation from the rest of the world is much more advanced. Any element entering or leaving China passes through the Great Firewall of China, a kind of giant virtual shield,” recalls Winston Maxwell, the director of studies in law and digital at Telecom Paris. “The Chinese knew from the beginning that the Internet was going to be a problem for them. Russia did not see this coming and is now trying to catch up, but for now they are still far from Chinese technicality,” however, emphasizes Kieron O’Hara.

TO READ ALSOWar in Ukraine – Social networks: “It is necessary to limit prohibitions to the bare minimum”

In a way, the European and American reactions to the war in Ukraine helped Russia to be more independent. Probably encouraged by the wave of mass departures of companies from Russia, the Internet service provider Cogent Communications, one of the world leaders in this field, announced in early March that it would stop serving its Russian customers. It was then followed among others by Lumen, another important player in the market.

L‘Internet Society, an American association in favor of the freest possible Internet has published several communiqués questioning these decisions: “In the short term, individuals will lose access to a lifeline vital for the security and accuracy of information. In the long run, actions compromising the non-political nature of the network would divide the Internet along geopolitical lines and irreversibly alter the Internet we know today. »

Kieron O’Hara, however, wants to emphasize the positive: for now, we are not there yet. “The diversity of Internet actors – public sector, private sector, for-profit and non-profit organizations, governments, NGOs – has allowed the Internet not to be split. What we have experienced and continue to experience is a very big ordeal, but so far the Internet has resisted. »

According to him, the biggest challenge will take place if one day we find ourselves in a similar situation, facing China: “On the island of Taiwan is the semiconductor industry that has the most value in the world. The situation would then be very different from that of today if we were to exert pressure on China. I don’t know if the Internet would survive it. »

The specter of the crash – The Point

Hopium, the French who would like to ride in the footsteps of Tesla

What is the Withings ScanWatch Horizon worth?